Why Mobile Apps are significant for sustaining Business Growth and Development

Innovation in chip design has helped manufacturers produce smaller and faster processors that have fostered the revolution in Smartphone with sleeker, faster and crystal clear display graphics, faster memory and speedy processing.

The performance of Smartphone largely depends on the operating systems which can utilize the power of the hardware. Most popular and notable operating system is Android, IOs and Windows. “Mobile App”, the term coined in year 2010, achieved the “Word of the Year” title in the same year. At that time, it was much hyped and believed by analysts to become a trend in coming years. Rightly said, Mobile Apps are in demand among all the communities of Smartphone users, be it a business man, working women, home maker, students and every segment of audience. 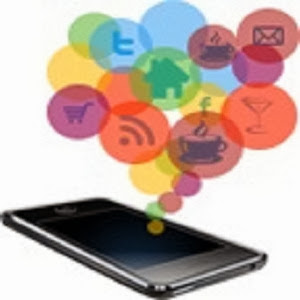 Mobile Apps generally are referred as programs that run on top of operating system such as Android, IOs and Windows and serves different objectives of end user like social networking, access news, messaging, watching videos, getting updates and many more. These apps are generally available as free or paid from different App Stores like Google Play, ITunes App Store, and Windows Phone 8 App Store.

Latest survey shows that more people are using internet on their hand held devices then on computers or on their laptops. In fact hand held devices and available apps are becoming so powerful that many people doing there office work through their smart phones.

Moreover, customize apps are a new frontier for both big and Small companies in order to reach ever increasing smart phone segment, whether it’s newspaper industries or shopping portals or banking sector, all have their apps available, to not only reach wider audience but give their customer’s easier access to information or services. Many large enterprises have introduced Mobile Apps for extending their Point of Sales, enhancing their communication increasing their sales through Mobile Ecommerce and many more.

All this has generated demand and the need for businesses and companies to be present on this new medium of connection and communicating with customers and consumers. One cannot ignore this medium if it wants to lead and grow in ever competitive business landscape. That is why; it is becoming significantly important to be available on the mobility platform for sustaining the continuing business growth and development.
Posted by Unknown at 22:15