Orientation of Languages in Localization

Why are some languages written from left-to-right and some from right-to-left? Do you know some are even written vertically? This has to do with the evolution of languages over the years. This plays an important part in localization and if you are a part of this industry and intend to know more about orientation of languages, read on. 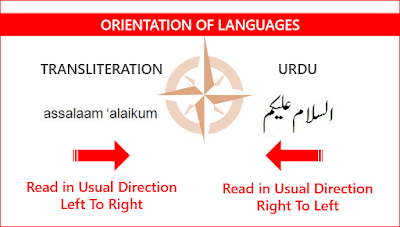 Language is an important component of Localization. Translators who assist through the localization process should be well versed with the socio, geo-political, cultural and historical value of a local language. If one is looking to expand business away from the comforts of their geographic zones, they have to be ready to adapt the rules of the foreign language, which sometimes may not suit their tastes. Today there are around 6,500 languages known to be spoken by people all over the world. This in itself explains the scope and extent ones business has in the global scenario. There definitely lies a golden opportunity awaiting but not without potential discomforts of language orientation. Read More - Orientation of Languages
Posted by Unknown at 01:33